What the World Would Look Like Without Black Creators

It is vital now, and always, to support the Black & Brown creatives in our communities. In doing so, we are participating in the diversifying of our workplaces, social circles, Instagram feeds, and most importantly, our perspectives.

As protests mount to unite our voices in the fight against systemic racism, we wanted to use our platform today to highlight this underserved, and underappreciated, creative community. It’s important to note that BIPOC creators have not only used their undeniable talents to give visual voice to current anti-racism initiatives, but have been shaping our country’s culture for over a hundred years. So let’s begin our education, shall we?

Imagine a world without…

Before we focus on the on-trend holistic well-being practices that are continually innovating our society’s approach to health, let’s talk about the pioneers in the traditional wellness industry. This list, as well as this one, highlights a number of major contributors to health & medicine and, get this, they’re not the old white men we often read about. In fact, the lists are composed of Black men & women who positioned themselves as integral changemakers in their field as early as the 1800s.

If you’re wondering why you haven’t heard their names before, it’s because history books often overlook or outright ignore these health heroes. This denial of Black contributions to the medical industry has bled into today’s hospitals and doctors offices, with racial bias tipping the scales in favor of white doctors, nurses, surgeons, practitioners, etc. In fact, only around 6% of physicians & surgeons in America identify as Black. Take note of how unfair it is that there is so little Black representation in a field that was in part built by Black Americans.

BIPOC women have been leading the charge in health & wellness for years, yet their achievements in the skincare, makeup, food, medicine, fitness, etc. industries are typically looked over. It’s safe to say that if the majority of us took a scroll through our IG follow list and blog subscriptions, most of the wellness influencers whose posts we actively engage with are white women. NYC chef & welfare advocate, Sophia Roe, put it into perspective with these questions: “Who do you think grows, and sources all of your tea, herbs, tinctures, tonics, and broths for your ‘wellness routine’? What cultures do you think started these rituals and remedies?”

Fortunately, all of us can start making a change today in order to combat the racial bias in such a beloved industry. We encourage you to take a moment now and use the list below to follow influential Black women in the health & wellness space.

Discover: 13 Black Women In Wellness Share What Wellness & Self Care Means To Them.

If you enjoy music of any genre, then you’re no stranger to the powerful influence that Black artists have had on the music industry. Behind artists such as Jay-Z, Stevie Wonder, Whitney Houston, Sam Cooke, Little Richard, Nina Simone - is a trove of artisans who have contributed greatly to the foundation of American music as we know it. The Hoya rightly states: “... it is impossible to discuss the history of American music without examining the origins and impact of black music.” Truthfully, in this blog, we’ll only be scratching the surface of their fundamental contributions.

Did you know that R&B, rock n’ roll, swing, jazz, and blues were all created by Black musicians? How about techno, house, funk, country, and disco? The tunes that we presently enjoy are (in)direct relatives of songs that slaves brought with them over to America. “Their work songs, dance tunes, and religious music—and the syncopated, swung, remixed, rocked, and rapped music of their descendants—would become the lingua franca of American music, eventually influencing Americans of all racial and ethnic backgrounds.”, writes Steven Lewis of the Smithsonian. Black music has, and continues, to give our favorite songs a depth that can only be dug by years seeking solace & solidarity in rhymes, lyrics, beats, and rhythms. The music of today simply would not be the same without them.

Discover: 27 Underrated Black Musicians You Need To Listen To Now.

The BIPOC community in America has greatly contributed to the art world since the 1600s. With the earliest evidence being the skilled work of craftsman slaves, Blacks have weaved their expertise into the creation of all American art forms - from quilt making to landscape painting to installation art. One of the most pivotal experiences of Black art history is the Black Arts Movement, referred to as the ‘artistic & spiritual sister’ of the Black Power Movement.

This Black American-led art movement was prevalent during the 1960s and 1970s, in response to the unstable socio-political landscape that parallely brought about the Black Power movement. The purpose of this campaign was to actively integrate the political ideologies of Black Power into art, literature, and theater; therefore capturing a new audience of creatives during that decade. As such, there was a widespread promotion of Black artists that had never been seen before. The impact of the BAM has had a lasting influence on the BIPOC artists of today.

As we have seen with health, wellness, and music - Black visual artists have used their art as a means of self-identification, with a call back to their African roots. In an essay penned about Black aesthetic in America, writer James Small quotes that concepts such as ‘Black is Beautiful’, Harlem Renaissance, Black Power, and the Black Arts movement hold a core mission to “subvert decades of anti-black rhetoric and ‘to make African Americans totally and irreversibly proud of their racial and cultural heritage.’” Just as we make space in our history books, museums, art shows, and conversations for the white cultural history of America, we should also give a voice to the American BIPOC who are introducing their culture to the rest of the world in such a raw and beautiful way.

As the internet & media space continues to be a dominating force in our society, many of us in the creative world work closely with tech contributors such as engineers, product designers, web developers, etc. Being an industry that already shows preferential treatment to men over women, there is also a prevalent racial bias that has continued for generations. Le Var M. Seymore writes, “Specific to the field of technology, some of America's most amazing innovations have come from Black people, although they often don't get the recognition they deserve.” How right he is.

From inventing traffic signals for horse-drawn carriages to developing software for NASA, Black innovators have continually been positive forces in STEM. Due to the ongoing oppression of these bright minds, there has been a disappointing lack of awareness of these pivotal contributions that have allowed for the USA to be heralded as tech-progressive. So, how can we do better? Ensure that the teams you work with are diverse - no matter if you’re a CEO, sales associate, social media influencer, or content marketer.

This blog is not meant to discourage you from partaking in Black culture, but rather to have respect for it. Let us celebrate the diversity in our art, music, tech, goods & services, etc.  that we all enjoy every day, while also honoring those who have helped to create it. We hope that you will feel motivated now to do your own research into how BIPOC creators have shaped the culture & society in which we live today.

Looking to do more? Here’s how you can continue the fight against racism and injustice:

Head to this post to learn of more ways that you can show support.
#BlackLivesMatter 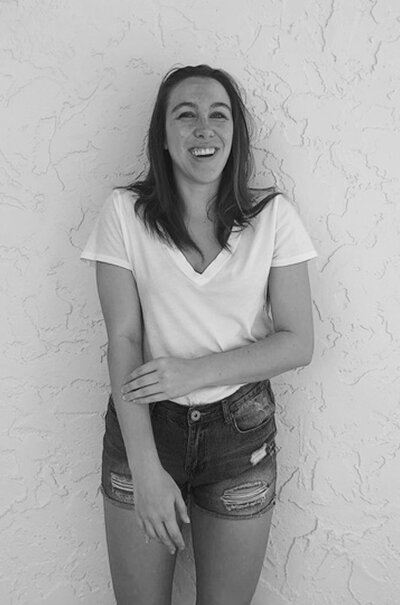